Octane AI enables Shopify merchants to increase revenue with a Facebook Messenger bot that customers love. It can help your business from cart recovery to follow up messages and from Messenger ads to answering questions. If you're already using Octane AI for Shopify, all you need to do is connect your Facebook Messenger account to Re:amaze alongside your Shopify account. And because Octane AI is already handling your bot-driven messages, it'll work with Re:amaze without further customization.

When customers are interacting with the Octane AI chatbot via quick select buttons, these messages do not arrive in Re:amaze as they are bot-driven. As soon as the customer wishes to talk to a human agent and selects this option via a quick select button, the conversation cab be escalated to your Re:amaze inbox for human support interaction.

Here's a link to Octane AI's documentation for Re:amaze.

What you can do with Octane

If you wish to have Re:amaze keep these bot-based conversations/messages as resolved and not notify you of every inbound request, you can tell Facebook to treat the Re:amaze app as a "secondary receiver" of these messages. The secondary receiver is part of Facebook's new Handover Protocol. See details below.

If you use Facebook Messenger chatbots like Octane AI to automatically greet customers and answer questions automatically, it's very likely you have many back and forths between the customer and the bot. But if you're also using Re:amaze and have your Facebook Messenger connected via social channels, the messages between a customer and a bot can inundate your Re:amaze Inbox.

If you wish to have Re:amaze keep these bot-based conversations/messages as resolved and not notify you of every inbound request, you can tell Facebook to treat the Re:amaze app as a "secondary receiver" of these messages. The secondary receiver is part of Facebook's new Handover Protocol:

The Messenger Platform's handover protocol enables two or more Facebook apps to participate in a conversation by passing control of the conversation between them. This feature can be used in many ways to enrich your Messenger experience. For example, this protocol makes it possible for a Page to simultaneously use one Facebook app to build a bot for handling automated responses, and another Facebook app for customer service with live agents.

To do this, start by going to your Facebook Page's settings page. Click on "Messenger Platform" and then choose the secondary receiver option for your Re:amaze app. 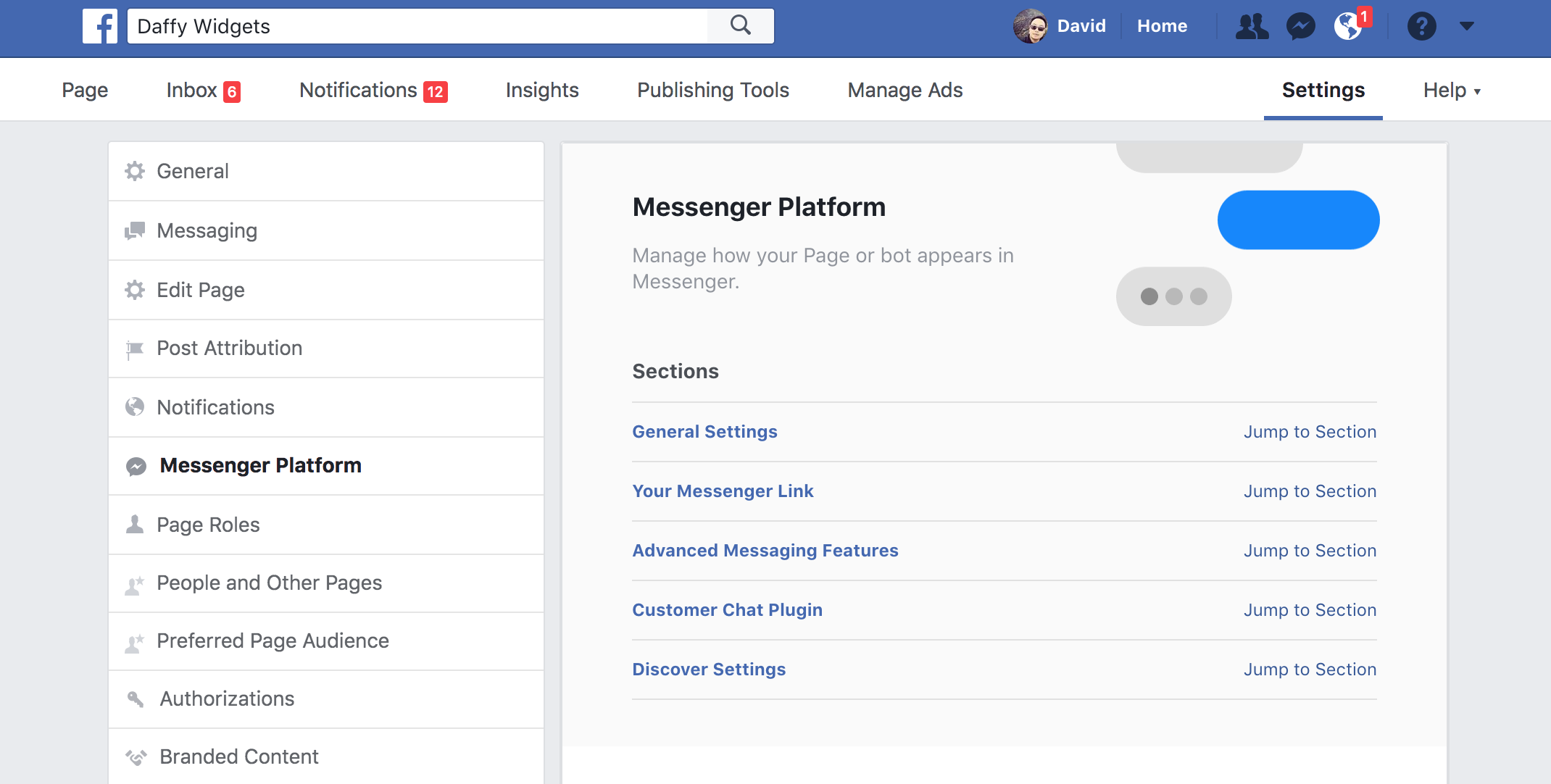 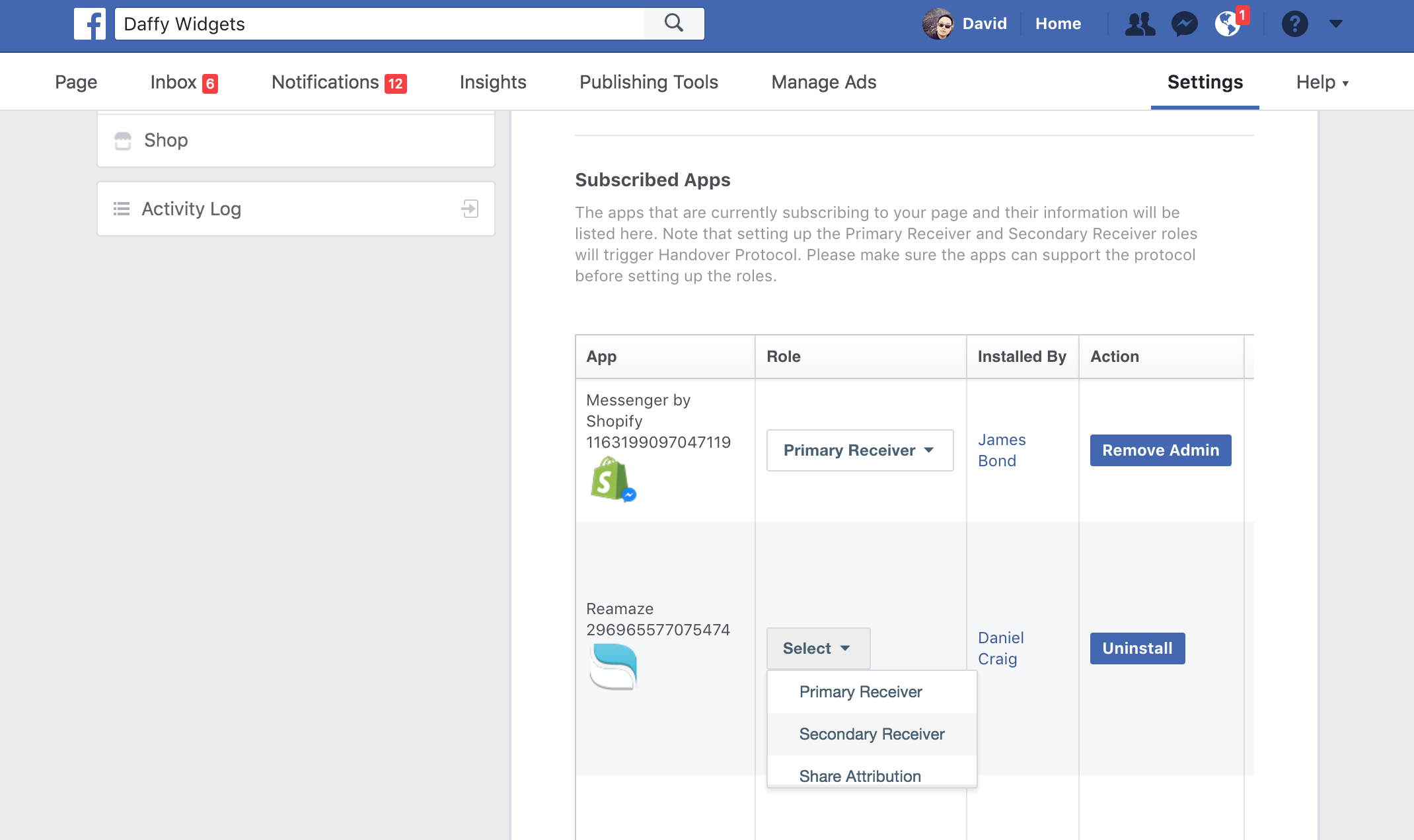 This means you should avoid using a third-party bot as an autoresponder (e.g. "Thanks, we'll get back to you soon"). Instead, you should use Messenger's built-in autoresponder capability, which Re:amaze can detect and leave the conversation in the appropriate state.

Here's an example of bot drive conversations that can come into Re:amaze:

Does not work with Re:amaze

If the chatbot responds after a quick reply button, such as "Okay", Messenger will leave the conversation in a resolved state, preventing it from getting escalated to your Re:amaze support team inbox.

Next Article in Topic

Not finding what you're looking for? Contact Us Directly

Re:amaze is handcrafted with care in San Jose, California.